The Pendulum Swings (Back) on Prostate Cancer Screening

The U.S. Preventive Services Task Force (USPSTF) has updated its guideline for prostate cancer screening. The group now recommends that men ages 55 to 69 who are interested in screening talk to their doctors about potential benefits and harms of screening for prostate cancer before deciding whether to be screened using the prostate-specific antigen (PSA) test. Previously, the USPSTF recommended against screening with PSA. Otis Brawley, M.D., MACP, American Cancer Society chief medical officer, weighs in below. 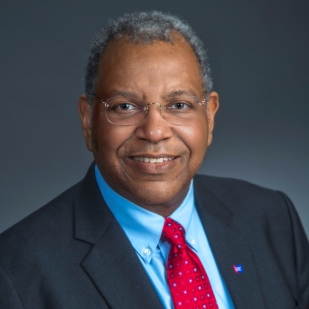 “These revised recommendations from the US Preventive Services Task Force essentially bring all experts groups, including the American Cancer Society into alignment on prostate cancer screening using PSA.  For some years, the ACS has called for shared decision making that incorporates individualized risks and concerns. Every man who accepts screening still should realize that there is a chance of benefit and a chance of harm. While the ACS says men at average risk start having this discussion at age 50, the USPSTF says it should happen at 55.

“Many wonder why the pendulum is swinging back towards screening, considering USPSTF’s previous guideline said there was inadequate evidence to support prostate cancer screening. The fact is, over the past few years, the benefit-to-harm ratio of PSA screening has improved as men diagnosed with prostate cancer have accepted the notion that their cancer can be watched, and if there are signs of trouble, treated. This approach, called “active surveillance,” reduces the harms of unnecessary treatment, tipping the balance towards informed decision-making.

“The USPSTF recommendation takes into account the most recent randomized trial of prostate cancer treatment and the recent treatment recommendations of a number of professional organizations.  The British study, known as ProtecT, showed that a large proportion of men with screen-detected early stage prostate cancer can be safely observed and will never need treatment. Recommendations of the American Urological Association, the American Society of Therapeutic Radiation Oncology, the Society of Urologic Oncology, and the American Society of Clinical Oncology now clearly state that active surveillance is the preferred management strategy for most men with low-risk disease. Today, about half of men with newly diagnosed localized disease enter active surveillance protocols. Most will never need aggressive therapy.

“Our ability to identify life threatening disease has improved dramatically, making observation an acceptable alternative to immediate treatment for many men. In addition, our understanding of prostate cancer biology and screening will make it easier for the average man to consent to screening. Still, every man accepting screening should realize that along with a chance of benefit, there is a chance of harm; a high rate of false positives, a high chance of having a prostate biopsy, and the inconveniences and side effects associated with those are essentially exchanged for a relatively small chance of one’s life being saved.

“It’s important for those considering screening to review the estimates of benefit and harm published by the Task Force, based on the large European trial. They say among 1,000 men are invited to screening over a 13 year period, there will be 240 false positives, leading to 220 transrectal biopsies; two men will be hospitalized for complications due to biopsy.  About 100 men will be diagnosed with prostate cancer, of whom about 50 will experience sexual dysfunction due to treatment; fifteen will experience significant urinary dysfunction. Screening would prevent three cancers from metastasizing, and one prostate cancer death (5 versus 6 without screening). These are sobering numbers about the true limits of screening.”

I am the director of medical and scientific communications for the American Cancer Society national home office.
View all posts by David Sampson →
This entry was posted in Guidelines, Prostate, Screening, Uncategorized and tagged american cancer society, Otis Brawley, prostate, screening. Bookmark the permalink.

2 Responses to The Pendulum Swings (Back) on Prostate Cancer Screening