Melanoma and Alcohol: Another Explanation

A study getting some attention today links alcohol intake with an increased risk of melanoma, an association that had been suggested in previous smaller studies as well as in a combined analysis of 16 studies. 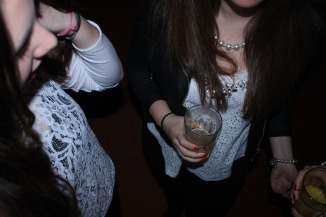 How could alcohol raise the risk of melanoma, a cancer strongly linked to ultraviolet (UV) radiation? Well in fact, UV radiation probably shouldn’t be counted out as the possible cause just yet.

Those who’ve studied science are familiar with the saying: “correlation does not imply causation.” That means that just because two factors are associated with each other doesn’t necessarily mean that one causes the other.

That may be the situation with the new study linking melanoma and alcohol. While the investigators of this study did attempt to control for difference in sun exposure, another factor, the use of tanning beds which emit UV radiation and are a known cause of melanoma, may be the culprit. Susan Gapstur, PhD, vice president of epidemiology comments:

“In fact, a recent review (Preventive Medicine Reports 3 (2016) 139–144) pointed out that indoor tanning may explain a recent trend in melanoma. Over the past 15 years, there has been a significant increase in melanomas that appear on the trunk in females, especially in areas where indoor tanning is prevalent.

“I do wonder if the finding of this study is confounded by tanning bed use. There is evidence, that tanning bed users –particularly young users–are more likely to smoke, drink, and/or use drugs.”