Exciting results in immunotherapy: What do we know?

A story on BBC News  this morning quotes researchers who say a therapy using the body’s own immune system led to more than 90% of terminally ill patients they treated going into remission. The report is based on comments made Sunday at a symposium at the American Association for the Advancement of Science (AAAS) meeting in Washington D.C. The story was then picked up by CNBC, which called the results “spectacular.”

The work involves chimeric antigen receptor (CAR-T) T-cell therapy, a very promising area of research, but one that’s still very much in its infancy. We asked Chief Medical Officer Otis W. Brawley, M.D. for some perspective.

“CAR-T is known to be an exciting lead in the treatment of a number of cancers. The media reports of successful treatment using CAR-T are certainly exciting, however there’s still much we don’t know.

“The news appears to be based on comments made during a presentation discussing advances in immunotherapy. As best we know, the data have not been published or independently reviewed. 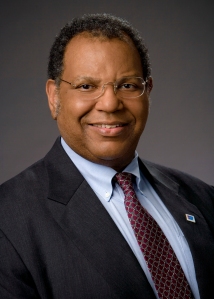 “The most we can say based on the reported comments is that this treatment sounds promising but further investigation is needed. Long term data on a larger number of patients will determine the ultimate success and risks of this approach.

“While we support this work and believe strongly that immunotherapy is promising, it is important to use caution in raising the hopes of patients based on early data that may or may not come to fruition.”

I am the director of medical and scientific communications for the American Cancer Society national home office.
View all posts by David Sampson →
This entry was posted in Communications, Research and tagged american cancer society, cancer, CAR-T, Fred Hutchison, immunotherapy, Otis Brawley. Bookmark the permalink.