John R. Seffrin, Ph.D., CEO of the American Cancer Society, today spoke out in strong support on the initiative by Bloomberg Philanthropies and the Bill & Melinda Gates Foundation to establish a global fund to fight tobacco. His statement is below.

“The American Cancer Society applauds Bloomberg Philanthropies and the Bill & Melinda Gates Foundation for taking the initiative to establish a global fund to help low- and middle-income countries fight legal challenges to their smoking laws by the tobacco industry.  More than two-thirds of tobacco deaths occur in low and middle income countries, which are less likely to have the expertise and resources necessary to combat tobacco industry tactics. They need this type of external assistance to help them become more sustainable in tobacco control. 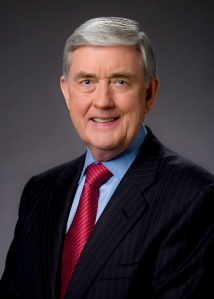 “This week, we released The Tobacco Atlas, Fifth Edition. All evidence indicates tobacco will be the world’s number one public health challenge in the 21st century, killing one billion people unless radical action is taken to stop Big Tobacco’s assault on developing countries. Statistics show that one person dies every six seconds from use or exposure to tobacco. Globally, more than 600 million people alive today, or 10 percent of the world’s population, will die from smoking-related causes.

“In addition to being the leading cause of preventable, premature deaths, tobacco is the only risk factor shared by all four of the leading non-communicable diseases: cardiovascular, cancer, diabetes, and chronic respiratory diseases. We all must take action to fight the tobacco scourge around the world. This bold step by the Bloomberg Philanthropies and the Bill & Melinda Gates Foundation will help advance the fight to save lives from the harms of tobacco.”

I am the director of medical and scientific communications for the American Cancer Society national home office.
View all posts by David Sampson →
This entry was posted in Uncategorized. Bookmark the permalink.