Cancer and Bad Luck: We Asked the Source, and Guess What?

Headlines over the past week or so have reported that two in three cancers are due to “bad luck,” attributing that statement to an impressive piece of work from a collaboration between former ACS Research Professor and Medal of Honor recipient Bert Vogelstein, M.D., and Cristian Tomasetti, Ph.D., both of Johns Hopkins University.

When our own epidemiologists looked at the data, published in Science, they had trouble linking what the study found to the headlines claiming most cancers were beyond our control. As it turns out, the authors of the study say they never meant to say that.

Their study looked at 31 cancer types, and compared the number of divisions that occur in those tissues’ stem cells to the probability those tissues would become cancerous. The team found a strong link, concluding that two-thirds of the variation in cancer risk among the tissues studied were the result of  the number of mutations those stem cells undergo over their lifetime.

It’s an impressive finding, confirming the hypothesis that cell division is part the reason behind the observed finding that some cells are inherently more likely to turn cancerous.

The finding that cell division is responsible for 65% of the variation among cancers does not mean the same thing as 65% of cancers are caused by “bad luck.” 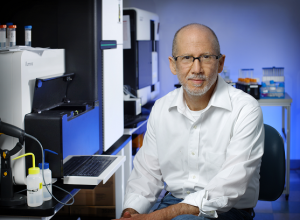 We reached out to Dr. Vogelstein to ask about the apparent discrepancy. Here’s what he told us:

“Actually, our paper does not allow an estimate of the number of cancers that are preventable. The press in general did a very good job in their actual stories, but headlines don’t often present the full picture. The subtle statistical issues involved in this study are difficult to understand, so we applaud their efforts to make them accessible to the public.”

Dr. Vogelstein and his team are now writing an addendum to their study in Science that the “hope will make these statistical issues clearer.”

“We believe that most cancer deaths are preventable (through a combination of primary and secondary prevention).  Even if one has ‘bad luck’, they can prevent much morbidity and mortality from cancer through screening, etc.”

The bottom line: A substantial proportion of cancers could be prevented. About one in three cancer deaths in the United States is caused by tobacco use. Up to one in three cancer cases in the U.S. is related to overweight and obesity. Many others are due to infections and exposure to UV radiation. When you add these up and take into account some crossover, you find that about half of all cancer deaths are preventable.

That doesn’t mean that “bad luck” doesn’t play a role; it most certainly does. And for people diagnosed with cancer, it’s important to note it’s as likely as not that there was nothing that could have prevented it. But it also means there is plenty you can do to reduce your risk. You can read more about that at the links below.

Just before our post was to go live, The Economist posted an interview with study co-author Cristian Tomasetti , who echoed Dr. Vogelstein’s remarks: “We have not showed that two-thirds of cancer cases are about bad luck. Cancer is in general a combination of bad luck, bad environment and bad inherited genes.”

I am the director of medical and scientific communications for the American Cancer Society national home office.
View all posts by David Sampson →
This entry was posted in Behavior, Communications, Environment, Prevention, Research, Screening, Uncategorized. Bookmark the permalink.

2 Responses to Cancer and Bad Luck: We Asked the Source, and Guess What?